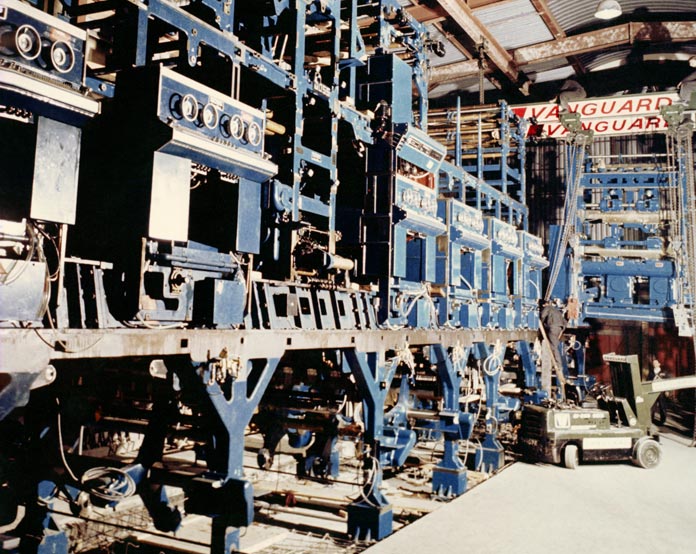 In early 1968, Miehle Goss Dexter, one of the world’s largest and most successful newspaper press manufacturers had received an order from the publishers of La France Continue and ICI Paris for the delivery and installation of a Goss Urbanite Press at 88 tons, built in the USA and the larger Goss Metro press at 486tons, built in Preston and, at that time, the most up-to-date web offset press.

Vanguard were awarded the contract for the installation of the Urbanite press, our crew and equipment departed for Paris, having arrived we decided to take some pictures of our vehicle by turning across the Champs Elysee – our trailer had a large Union Jack draped on the side – much to the amusement of the French, who thought we were crazy!! Having posed for the required photographs, we proceeded to the site and over a 10 day period we offloaded and installed the Urbanite Press. We obviously did a good job as we were then awarded the contract to undertake the installation of the much larger Metro Press consisting of 8 Units at 20.5 tons each, 2 Half- decks at 12.2tons each, 2Folders at 15 tons each together with other components making up a press of 486 tons.

This installation was undertaken over a 3 week period, immediately prior to Christmas, indeed, it was so tight that the crews only returned on Christmas Eve, much to the relief of all the families!!