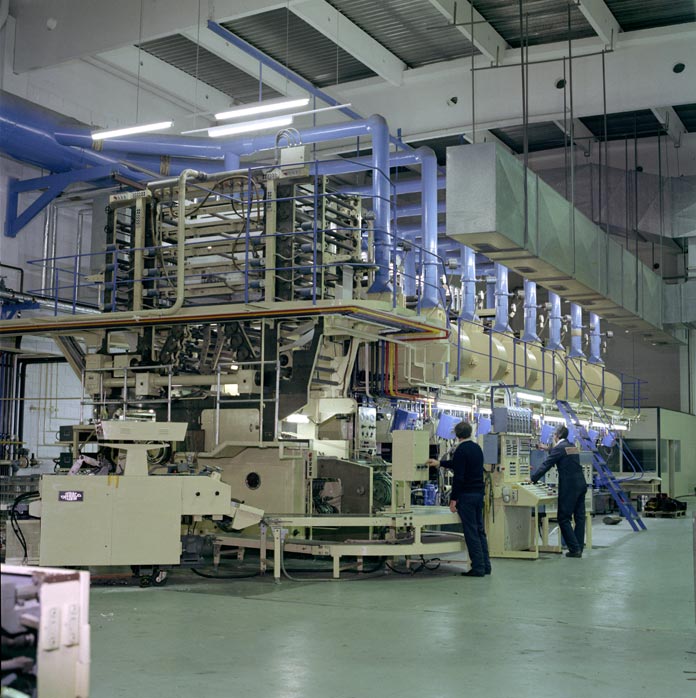 One of the many international contracts for major corporations that Vanguard undertook, was for The Bertelsmann Corporation, when they relocated one of their largest Rotogravure activities, Chr.Belser GMBH from Stuttgart, to a new company , Euroheuco, in Barcelona.The operation entailed the movement of 1450 tonnes of equipment from the largest, a 410 tonne 10 – Unit Cerutti Press to the smallest 250kg Pillar Drill, all of which were mechanically dismantled by Vanguard engineers and electrically disconnected by Vanguard Electrical technicians,, loaded to our transport for the journey to Castellbisbal, outside of Barcelona, a distance of 1250 kilometres which took each vehicle some 2 ½ days to complete.

Upon arrival in Castellbisbal, the equipment was offloaded and installed in the new factory where we undertook the entire mechanical and electrical reassembly, the entire project being completed over a phased period of 26 weeks, entirely on schedule. The MD of Euroheuco, Klaus Gollner, was naturally delighted that such a task had been completed efficiently, smoothly and without a hiccup. Gordon Summerville , our electrical foreman, met with the Mayor of Castellbisbal whom, it turned out was a chess player akin to Gordon, thus each evening the pair would set up a chess table in the Grand Plaza, challenging all players to a game, with the losers paying for the drinks!! Needless to say, by 2200hrs each evening, both Gordon and the Mayor knew it was time to call it a day, as their powers of decision making were getting somewhat impaired and they were in danger of having to begin paying for the rounds!!!