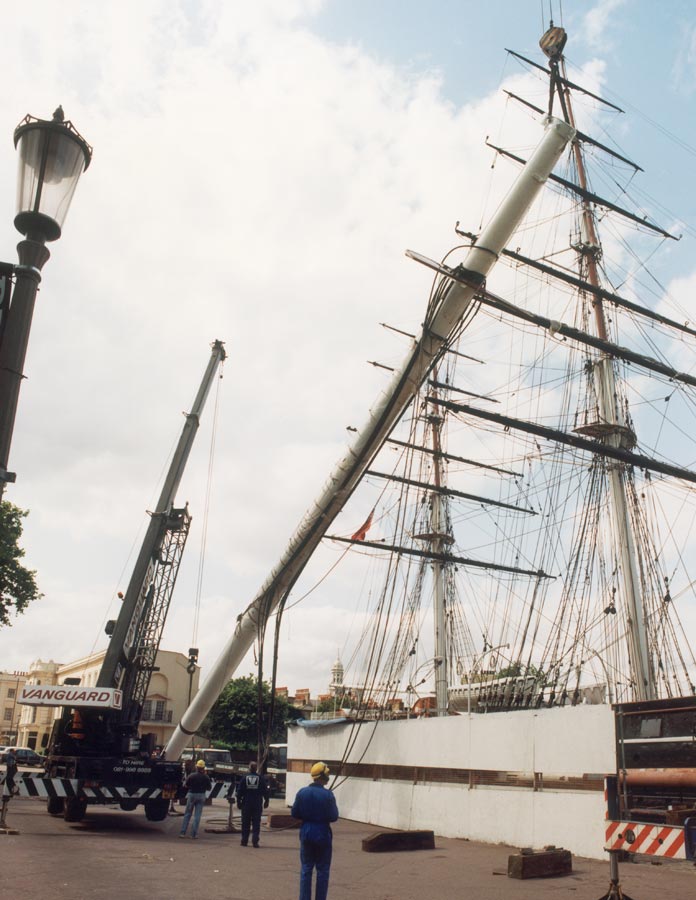 A major public appeal had been launched by the Maritime Trust, to raise the sum of £2 million for a ten year restoration project to save the Cutty Sark, dry docked in Greenwich since 1957, and now in the need of urgent restoration and repair.

On a previous visit, Vanguard removed the old lower foremast, the only 1869 original of the Cutty Sark’s three masts remaining, the others were replaced in 1916, in Cape Town, following the ships dismasting in a hurricane, and the lower mast replaced during a 1957 restoration.

Vanguard Engineering’s crew and two cranes attended at Greenwich to receive the new 85 foot long, lower foremast weighing 8 tonnes, this was lifted and placed into position ready to be fitted with cross-spars and over 5 miles of rigging, once completed , the top mast will stand 125 feet above the Cutty Sark’s deck.