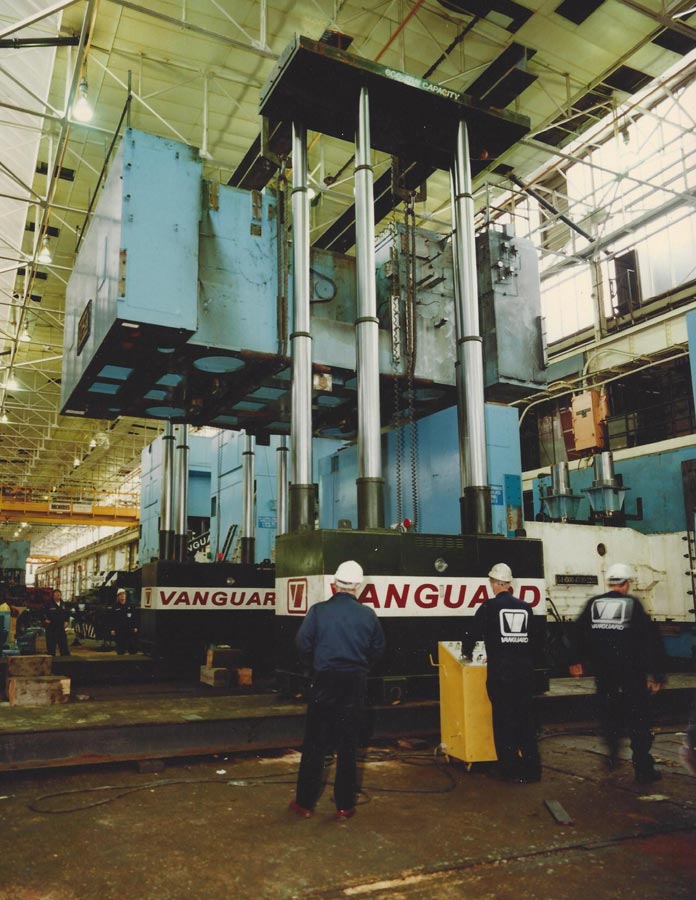 Each press had to be dismantled into its major components, the heaviest single item weighing 120 tons, with 95,400 electrical connections, 16 kilometres of multicore cabling and miles of hydraulic pipework containing 2,400 litres of hydraulic oil.

Vanguard’s team of riggers, mechanical and electrical fitters were responsible for the entire project and Rover’s senior management described the move as possibly, the fastest and most efficient project ever undertaken by the Rover Group.