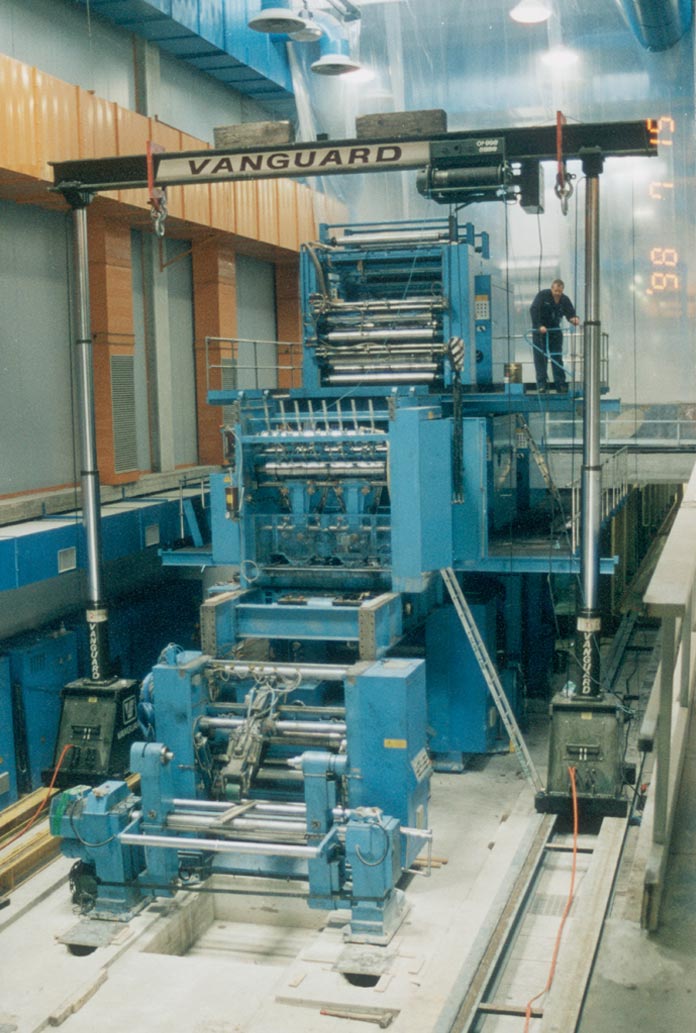 Vanguard completed the movement of a 387 tonne, Cerutti G22D double width Press from Bologna to Rome’s Il Tempo newspaper in a high speed move, that was typical of their press relocations throughout Europe.

Vanguard used their 200 tonne capacity gantry during a three week period, to dismantle the Press and then transport through to Rome, there the dismantled Press was initially stored and the sorted in the correct order for reassembly, during the next 13 weeks, the Press was reassembled in Rome. Vanguard then commissioned the Press in a record 3 days, instead of the usual three week period.

Such fast commissioning is the result of the very precise engineering and electrical skills of the Vanguard Team.