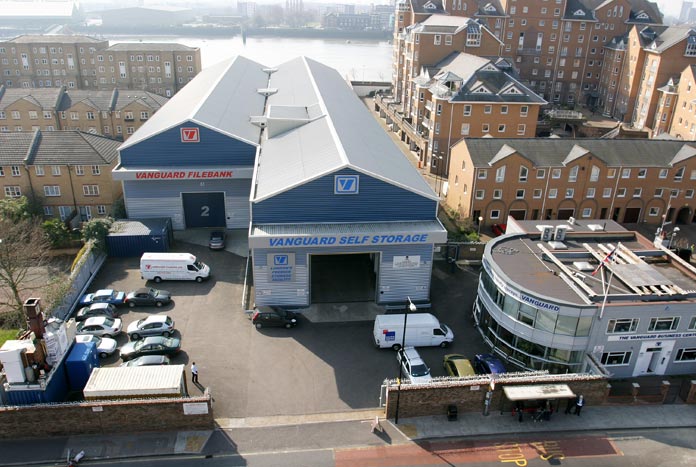 Following the burgeoning success of the self-storage facility in Greenford, Vanguard opted to convert an existing warehouse on the Isle of Dogs into another self-store.

The site on Westferry Road is also home to a spectacular riverside helipad and an equally impressive document management business. The helipad was opened in 1980 and has been used for thousands of take-off and landings. www.vanguardhelipad.co.uk. Our Filebank storage service on the Isle of Dogs comprises over 150 internal vaults each capable of holding up to 400 standard sized archive boxes. www.vanguardfilebank.co.uk/east-london.

The self-store on Westferry Road is set out over 80,000 sq. ft. and four floors with two large lifts. We also have a viewing room for customers that would like to watch helicopters land or the Thames go by. As we were considered the number one business for moving print machinery for a number of decades we have set up the Vanguard print museum which is displayed on the first floor.

More information on the East London self-store can be found here.