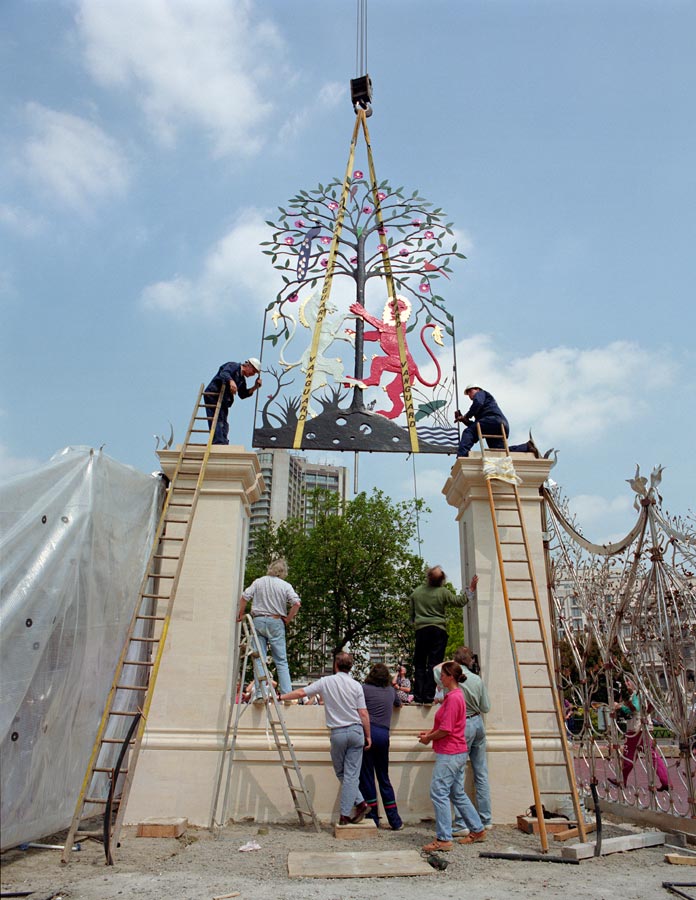 One of the most colourful monuments seen in London for many years was the Queen Mother’s Gate, the centre screen of which, measured 20feet high and 11 feet wide, depicting a red lion and white unicorn on either side of an 18 foot Tree of Life, Vanguard undertook the movement from the sculptor Mr. David Wynne to the site in the south east corner of Hyde Park, there under the watchful eye of the Prince and Princess Michael of Kent and a sizeable crowd, safely installed the screen into position between the two pillars of Bath stone.

The screen was the brainchild of Prince Michael of Kent as a celebration of the life of Queen Elizabeth the Queen Mother and had been funded by an appeal that had raised £1.5 million