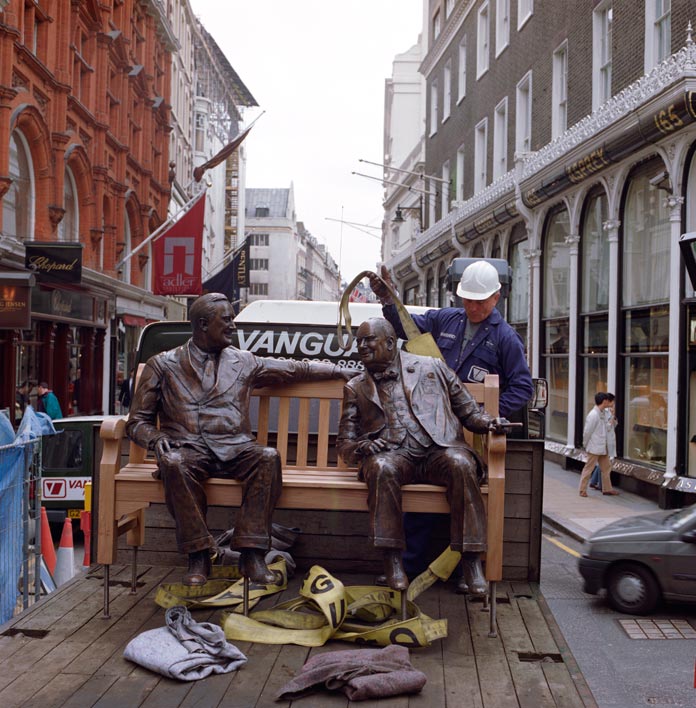 “Give us the tools” Winston Churchill told Franklin Roosevelt, in a memorable Radio broadcast in February 1941, “and we will finish the job”!! the tools arrived in the shape of !Lend – Lease” and the job was indeed, finished!

To commemorate 50 years of peace, and that “special relationship” between our two countries – that still exists today – the Bond Street Association commissioned a statue by Lawrence Holofcener, which depicts Roosevelt and Churchill, having a relaxed conversation on a bench, just as they had done in years past.

The final position is at the junction of New Bond Street and Clifford Street.